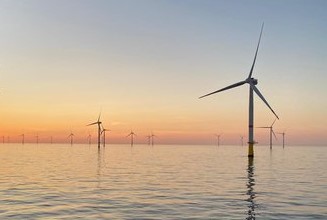 Amsterdam Capital Partners (Amscap), that merged with Voltiq in 2022, acted as the exclusive financial advisor to one of the members of the consortium, composed of Commerz Real, Ingka Group, wpd invest and KGAL, on the acquisition of the 80% stake in the 402MW Veja Mate offshore wind farm in the German North Sea. Together with the debt financing the transaction volume totals c.2.3bn euros.

The consortium acquired the stake in the project from Copenhagen Infrastructure Partners (CIP), Highland Group Holdings, and Siemens Financial Services. Siemens Financial Services will retain a 20% ownership stake in the project company and CI-II, a fund managed by (CIP) will remain a lender to Veja Mate. Siemens Gamesa Renewable Energy will continue to provide technical assistance under a full-service agreement.

Veja Mate has a total installed capacity of 402 MW and is one of the largest offshore wind farms in the German North Sea. Located in Germany’s exclusive economic zone in the North Sea about 95 kilometres to the north west of the island of Borkum, its 67 Siemens SWT-6.0-154 turbines have been operational since 2017. The mean wind speed in the area exceeds 10 metres per second, and the park produces enough electricity to power 400,000 German homes each year with an equivalent reduction in carbon dioxide emissions of some 950,000 tonnes per year.