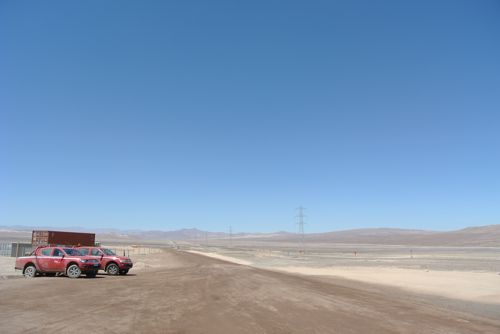 On April 13th, 2015, EDF Energies Nouvelles announced the financing of the Laberinto Project, a 146 MWp fully merchant PV plant in Chile's Northern System (SING), in which Voltiq was the financial advisor to the Borrower. EDF EN's complete press release is displayed below.

Chile, the 20th country in which EDF Energies Nouvelles is present, offers major development potential. The group’s presence in this emerging market fits the Chilean government's objective of generating 20% of the country's power from renewable energies by 2025, facing rapid growth in energy demand. Besides, the country has extremely favourable natural conditions for developing renewable energies.

EDF EN Chile has undertaken the implementation of Laberinto, its first solar plant project of 146 MWp in installed capacity. This project, located in the Atacama Desert in Northern Chile, benefits from the highest level of irradiation in the world. The project is equally owned by EDF Energies Nouvelles and Marubeni. EDF Energies Nouvelles has secured a long term project financing from a pool of local and international banks.

Construction and Operations & Maintenance for the solar plant project are managed by an EDF Energies Nouvelles’ subsidiary dedicated to these activities.

The Laberinto photovoltaic project will be one of the world’s largest solar plants selling its electricity output on a merchant basis. The solar facility will be connected to Chile’s Northern Interconnected System (SING).

For Antoine Cahuzac, Chief Executive Officer of EDF Energies Nouvelles: "By expanding into Chile just after Brazil lately in the South American continent, EDF Energies Nouvelles has achieved one of its objectives to develop its activities in emerging markets with a high development potential, and Laberinto, a sizable solar project, is a perfect example. We are proud to see that the quality of this project, managed by EDF EN Chile’s local team, is recognized by a pool of high profile lenders and by a co-investor like Marubeni.”