Voltiq acted as financial advisor to the sponsors 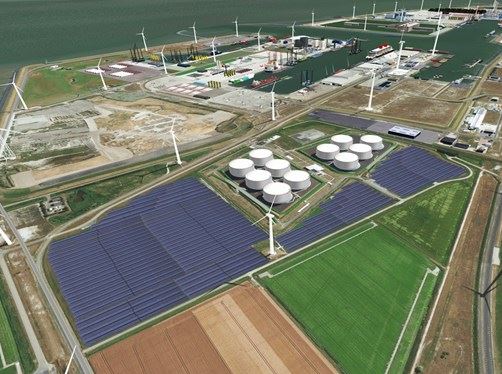 Vopak Solar Park Eemshaven is starting construction of its solar park located in Eemshaven in the province of Groningen. The new solar park will have a capacity of approximately 25 megawatts, which equates to an average consumption of approximately 8,000 Dutch households. The subsidy and permit processes as well as the financing have been successfully completed. The solar park will be built on 19 hectares of land around the Vopak Terminal Eemshaven and construction on the site will start in the first quarter of 2021. According to the current planning, the first green power will be supplied to the electricity grid in the third quarter of 2021.

Voltiq acted as financial advisor to the sponsors for raising debt financing, as well as commercial structuring of the relevant commercial contracts such as the PPA and EPC contracts.

Wessel Schevernels, Chairman of Vopak Terminal Eemshaven and Senior Investment Director at Whitehelm: “Whitehelm is delighted to be able to make a sustainable contribution to Dutch energy security and the transition towards climate-neutral power production. In addition to our investment in Vopak Terminal Eemshaven we look forward to once again partner with Vopak and Groningen Seaports. The development of Vopak Solar Park Eemshaven fits perfectly in our policy of being a long-term partner, with respect for both local needs and the UN Sustainable Development Goals."

Vopak Solar Park Eemshaven is a joint venture with the parties Groningen Seaports, Vopak and funds managed by Whitehelm Capital. The first plans for this solar park were announced in February 2019.