Who's carrying the water? 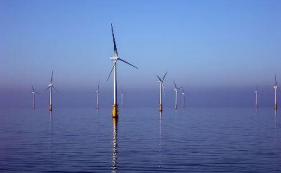 "The renewable energy business remains one where debt bankers are refusing to take the market risk, and where contractual structures have in a way have not evolved that much in the past 10-12 years."

She observed that such caution was especially striking when comparing to the volume of funding that is going into the infrastructure asset class at large.

Against that background, Manuel Cabrerizo, panel host and a partner at M&A advisory boutique Voltiq, pointed out that what was lacking in the market was not liquidity but traditional lenders to “carry that water”.

He then asked: "Are there alternative debt providers? Are there any other ways we can get our projects financed when they don't stack up to the standard?"

One instrument gaining popularity among developers is the green bond, replied Anadi Jauhari, senior managing director of US-based investment firm Emerging Energy and Environment Investment Group. "We view green bonds as a market innovation, and the next frontier."

Adding that the green bond market had grown drastically in the past three years –green bond issuance, which reached about $35 billion globally last year, is predicted to hit $100 billion this year – he argued the next evolutionary step for this instrument would be "project-level issuance."

He also said development finance institutions (DFIs) were playing a critical role in financing renewables in emerging markets, with efforts to the increase amount of debt raised and lengthen tenure in less-trodden markets.

Olivia Bernard, managing director of Hamburg-based Ferrostaal Capital, agreed that multilateral institutions could sometimes prove crucial sources of renewables financing. Despite their bad reputation, she said there were times they could be more attractive than traditional lenders.

She illustrated her point through a "war story", recalled from a time when she was pitching a wind farm in Portugal.

"There were six banks and each of them brought three people, and we were in this huge board room with all of these guys. None of the bankers spoke," she said.

"Nobody said hello. We all sat there, we explained our project […] nobody moved, their faces said nothing. And they left the room having not said goodbye."

In contrast, while "many people give them a bad name because they are slow and bureaucratic," she said, "the big difference for me with the commercial banks is that [multi-laterals] answer the phone. They actually call you on the mobile, they want to come onsite. Given the guys who don't say good morning on the other end of the spectrum, it's quite an interesting comparison."

Still, while alternative financing methods are likely to play a part for the time being – especially in emerging markets – institutional investor input is often a key element in many markets. Martin Neubert, head of commercial transactions and wind power market development at the Netherlands’ DONG Energy Group, said that their support could sometimes be gained through a courtship of sorts.

"Rather than trying to engage with investors who are new to the industry the first time at a real opportunity cost, we try to educate these investors by telling them how we do offshore wind. We enter a dialogue way before we offer an opportunity to them,” he said. “We're not reaching out to the whole world; we have a shortlist of five to 10 investors.”

With many approaches to financing renewable projects, Bernard said the process often was a heartrending one. It is almost a "Golden Rule" that a project will be shut down at least five times before build-out begins, she explained.

"The sure sign that your project is going to be financed and is going to happen. There is a point […] one day, after which you only have bad news, when every single piece of news is bad and worse. That day, you know the project will be done."