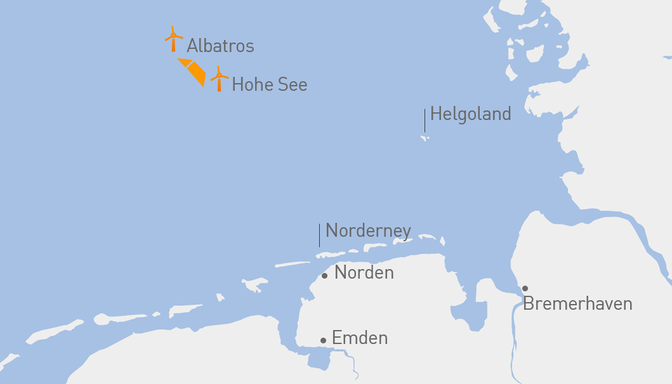 Canada Pension Plan Investment Board (CPP Investments) has been advised by Amscap on the EUR 510.6 million green bond refinancing of their stake in the combined 609MW Hohe See and Albatros offshore wind farms in Germany. Amscap merged with Voltiq in July 2022.

The refinancing followed CPP Investments’ acquisition of 49% of Enbridge Inc’s (Enbridge) original 49.89% ownership in the two projects, which Enbridge in turn acquired from EnBW Energie Baden-Württemberg AG (EnBW) in 2017.

In total, over EUR 510 million of senior secured notes were issued and placed with 18 institutional lenders in Europe led by the Talanx Group. The notes, which were rated BBB+ by Scope Ratings, attracted strong interest from the market. The notes were structured to qualify as green bonds under CPP Investments’ Green Bond Framework.

Amscap has advised CPP Investments since June 2019 on this refinancing and managed the transaction in close cooperation with CPP Investments’ team in Canada. The process with the lenders, from inception to financial close, including due diligence, negotiating the documentation and in parallel obtaining the investment grade rating, was done in less than 6 months.